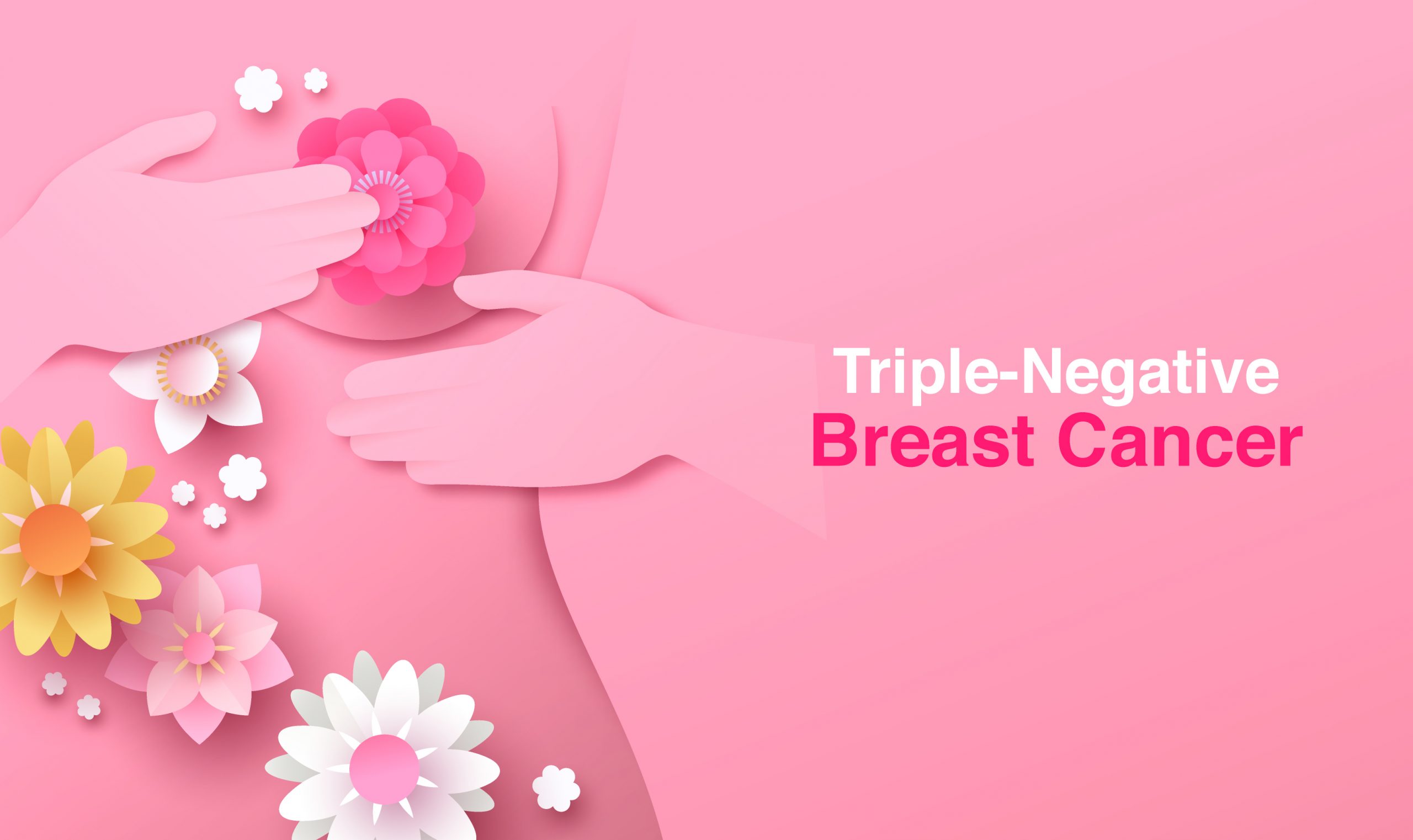 What are the symptoms of Triple-Negative Breast Cancer ?

Triple-Negative Breast Cancer is a unique kind of cancer common in younger women below 40 years of age. TNBC differs from other types of invasive breast cancer, as they grow & spread faster and have very limited treatment options.

As an example, take the cancer cells as a house. And the front door may have 3 kinds of locks, called receptors :

In case your cancer cells have any of these 3 locks, doctors have a few keys in form of hormone therapy and other drugs to destroy these cancer cells. But if you have TNBC then the doctors have fewer treatment options. Though Chemotherapy, Radiation therapy & Surgery are the most effective of all.

Symptoms of TNBC is as same as other breast cancers like :

If cancer has not spread to distant sites, surgery is an option. Chemotherapy might be given first to shrink a large tumor followed by surgery. It might also be given after surgery to reduce the chances of cancer coming back. Radiation might also be an option depending on certain features of the tumor.

Because hormone therapy and HER2 drugs are not choices for women with triple-negative breast cancer, chemotherapy is often used. In cases where cancer has spread to other parts of the body (stage IV) chemotherapy and other treatments that can be considered include PARP inhibitors, platinum chemotherapy, or immunotherapy.

Out of these Chemotherapy ensures to kill the cancer cells wherever they maybe, also lowers the chances of growing of cancer cells or coming back.