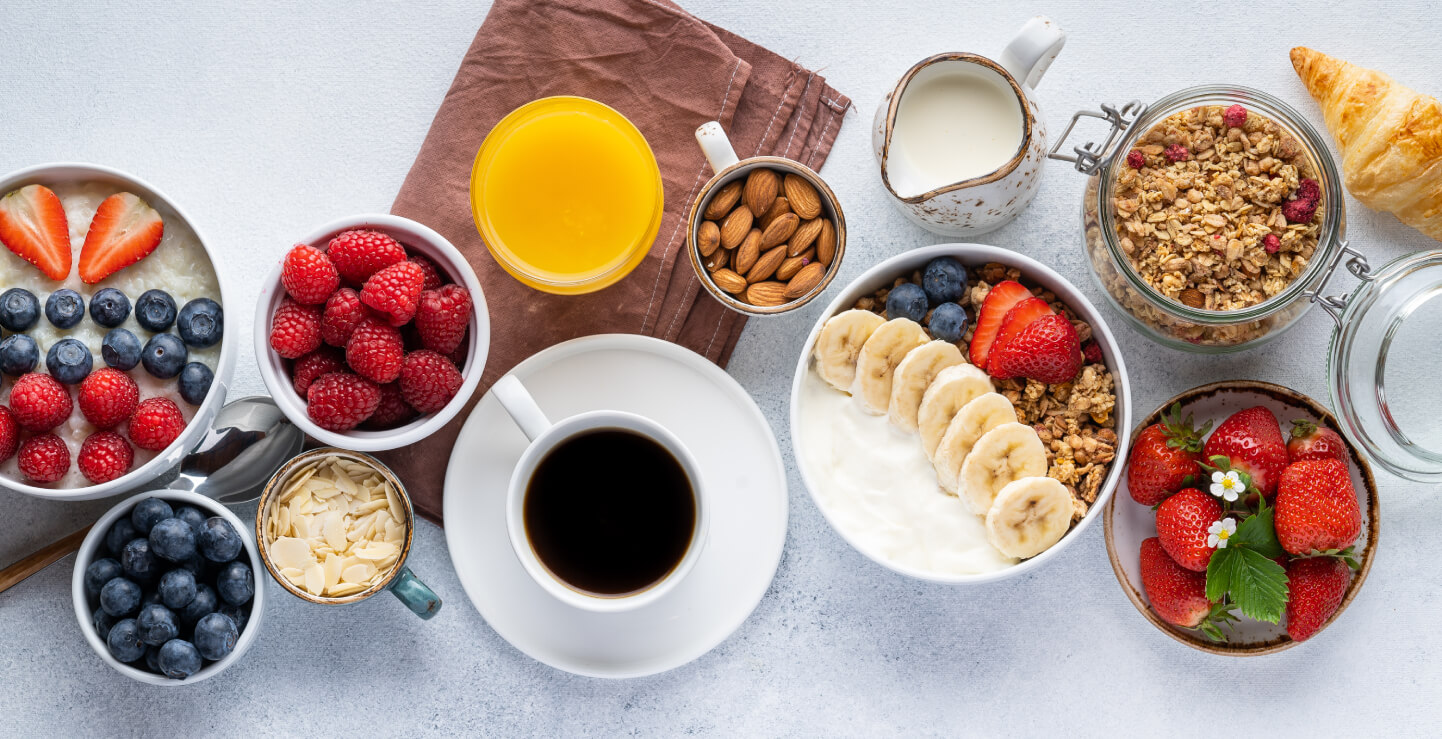 An array of new research demonstrates that breakfast and its composition regulate many body systems that have a lasting impact on alertness and general health. It has to do with fuelling the brain and the rest of the body and setting the digestive system in motion.

Common as it is, skipping breakfast leads to upregulation of appetite and blood sugar alterations that set the stage for obesity and diabetes. Children who skipped breakfast not only felt increasingly hungry but felt more tired and less energetic – scarcely conditions for learning.

Among adults, those fed a breakfast of low glycemic index foods, such as whole grains, had significantly lower blood sugar levels two hours after eating. Those skipping breakfast and those eating more refined carbohydrates experienced a later plunge of blood sugar levels.

British researchers who tested the effects of skipping breakfast on 12 healthy men found that they compensated calorically, consuming 17 percent more calories at lunch than did those who ate breakfast. The skippers also felt hungrier and more eager to eat two hours later.
Missing breakfast affects more than breakfast; it leads to metabolic, hormonal, and appetite shifts later in the day.

AN INDEX OF CHOICE

Eating foods for breakfast that have a low glycemic index keeps blood sugar levels from spiking not only all morning but after the next meal, too, researchers report. Low-index foods, which produce only gradual rises in blood sugar and insulin levels, increase feelings of satiety; when eaten at the start of the day, they curb appetite for lunch and later. People spontaneously choose to eat less the rest of the day.

SKIN IN THE GAME

Among foods with a low glycemic index, nuts rank high, making them a good choice for topping such breakfast contenders as grain-rich cereal and yogurt. They’re best eaten with the skin intact, as the skin is a particularly rich source of phytochemicals that protect against many disorders.

Fiber-rich carbs, such as in fruits and whole grains, significantly reduce C-reactive protein, an inflammatory agent linked to cardiovascular disease and cancer, report Seattle researchers, who studied 80 healthy adults, half of whom were overweight.

Such a diet, consisting of low glycemic index foods, also increased levels of the hormone adiponectin, which protects against cancer, as well as metabolic disorders. No such effects occurred among those who ate highly processed carbohydrates. “Quality counts,” they conclude. “Not all carbohydrates are created equal.”